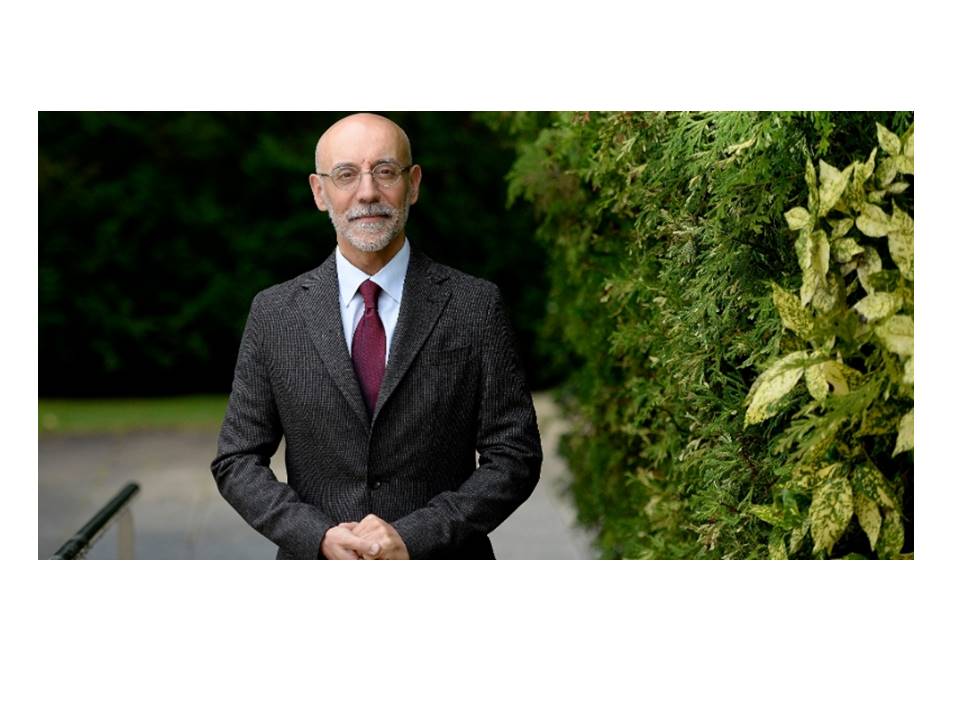 Posted at 08:49h in Sem categoria by Rita Cardoso

“Alerting and sensitizing populations to inflammatory bowel diseases (IBD) is very important.” The words are from Luis Correia, president of the IID Study Group (GEDII), who affirms that it is essential to “put the patient early in the center of a professional health care network”. As part of the World Day of Inflammatory Bowel Disease, which was marked May 19th, the specialist gave an interview to Vital Health on this subject.

Vital Health (VH) | In what way can inflammatory diseases of the intestine be characterized? Luís Correia (LC) | Induced chronic inflammatory bowel diseases (IBD) are a set of pathologies of unknown cause, of an inflammatory nature, with preferential involvement of the intestine, of immunogenic pathogenesis occurring in populations with increased genetic risk exposed to poorly characterized environmental factors, but associated with life in modern western-type societies. The interface between genetic risk and environmental provocation is probably due to modifications in the intestinal microbiome. Despite the predominant digestive involvement that characterizes them, the diseases are actually systemic diseases: one third of the patients have extra-intestinal involvement, namely articular, cutaneous, hepatic or ocular, for example.

VH | These can be divided into two main subtypes. What is the difference between Crohn’s disease and ulcerative colitis? LC | IBD has a large phenotypic dispersion, with two main entities: ulcerative colitis and Crohn’s disease, but there are also forms of intermediate disease among these (non-classifiable inflammatory disease), less typical forms (in childhood illness, for example) , post-surgical forms (chronic pouchitis after total colectomy) and above all a great dispersion within each disease, in particular of Crohn’s disease, in terms of location and behavior, in which the greater example will be the peri-anal fistulizing disease. The main differences between the classic forms of ulcerative colitis (CU) and Crohn’s disease (CD) tend to be manifested in (1) location: CU only involves the large intestine, predominantly in the rectum, with continuous proximal progression, contrary to DC that can involve focally and segmentally segment any segment of the digestive tract (eg the mouth, stomach or small intestine, in addition to the large intestine); (2) involvement of the intestinal wall, more superficial in CU (mucosa and sub mucosa) and transmural (whole wall thickness) in DC.

VH | Is there any population especially susceptible to developing these diseases? LC | All ages, genders and ethnicities can be affected by the disease, with no significant gender differences, but with age preference (2nd, 3rd and 4th decades, more commonly). As already stated, there is a genetic risk (polygenic, with more than 200 genes identified), which traditionally occurs in Caucasian populations and in the northern hemisphere, particularly in Jewish ethnic groups, in relatives of patients with other immunodeficient diseases (psoriasis, and exposure to environmental factors, such as tobacco (protective for UC and poor prognosis in CD), or after exposure to early childhood, non-breastfeeding, or city life.

VH | What are the main complications from here? To what extent does a patient with inflammatory bowel disease have an increased risk of developing colon cancer? LC |The complications can be many and result from the progression of the disease (stenosis and fistulas in CD, for example), but also from the systemic nature of the diseases (increased risk of other immunomediated diseases, cardiovascular diseases, osteoporosis, among others). The most important neoplastic risk occurs mainly for colorectal carcinoma (CRC), and is proportional to the age of the disease, to the extent of the disease (hence usually higher in UC, where the continuous nature of the disease increases the area of the intestine the family history of RCC, the persistence of uncontrolled inflammation and, above all, the coexistence of primary sclerosing cholangitis. Based on the described risk factors, endoscopic surveillance schemes should be planned for patients with colon involvement.

VH | Given that the causes are not yet known, how can prevention be done? LC | Prevention of the disease is now difficult to achieve, with a low level of effectiveness due to the possible reduction of risk factors: not smoking (for CHD), breastfeeding, avoiding inappropriate use of antibiotics, particularly in childhood, healthy eating with fiber and low content of additives. At this stage of knowledge, the most important thing will be to be alert to the alarm complaints, especially in populations at risk, in order to have diagnosis and early treatment.

VH | How does the national panorama characterize this issue, compared to other countries in the world? LC | The national panorama fits the epidemiology of Southern Europe, with the number of patients estimated to be in the range of 20-25,000, growing rapidly. The country has had a speed of diagnosis similar to the other European countries, relating some delay with difficulties of performing colonoscopy in comfort conditions. There are highly experienced centers dedicated to the diagnosis and treatment of diseases, with easy access to modern first-generation biological therapies (infliximab and adalimumab). After the financial crisis, we were delayed in access to new biologics (golimumab, vedolizumab and ustekinumab), but there has been progressive resolution of the problem, with generations of new drugs believed to be small molecules such as oral tofacitinib), may have easier access.

VH | On May 19, the World Day of Inflammatory Bowel Disease was marked. What is the importance of alerting and sensitizing the population to this problem? LC |Alerting and sensitizing populations to IBD is very important. It is necessary to alert the populations, particularly the youngest, in whom the disease manifests most commonly, for the symptoms of alarm, be it abdominal pain, fever and slimming, or for prolonged diarrhea, particularly if bloody, in order to seek help medical care and rapid guidance to diagnostic tools such as colonoscopy and reference centers with multidisciplinary teams and access to effective therapies without excessive use of corticosteroids. In short, it is necessary to put the patient early in the center of a network of professional health care, in order to achieve a diagnosis and early intervention, during a window of time that can try to modify the natural history of the disease. In this context, the activities of dedicated medical societies and patient associations are of great importance, in which the Group of Studies on Inflammatory Bowel Diseases (GEDII) and the Portuguese Association of Inflammatory Bowel Disease (APDII) have had the greatest activity.